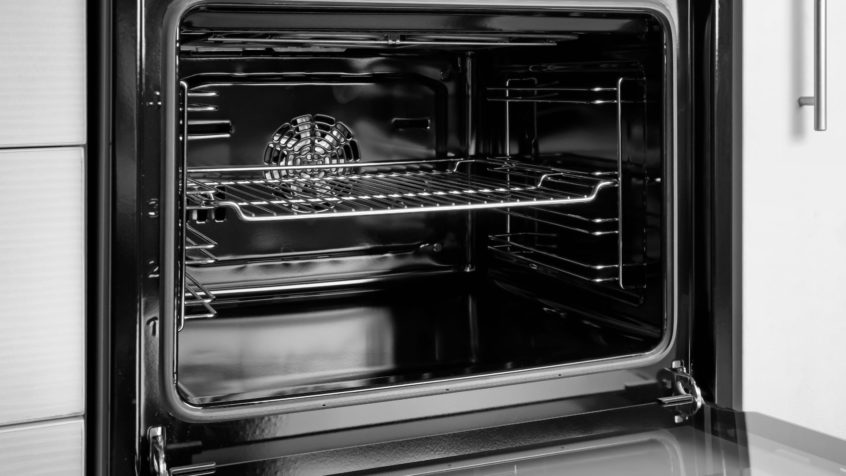 When any appliance makes noise, it is a worrying occurrence. However, not all oven noises mean there is necessarily a problem. For example, if you hear hissing in your gas oven or even a mild boom, it is just the gas releasing and eventually igniting. It is a completely normal noise, but when appliance owners notice it for the first time, it can be jarring. However, there are normal noises, and there are some not so normal noises. Typically, if you hear grinding, rattling, screeching, scraping, clicking, or buzzing, these are considered abnormal noises for an oven to make. It means something has gone faulty or at least is starting to go faulty. You will need to investigate your appliance, and when you do, keep these common noise-creating culprits in mind.

The problem of your oven manifesting noise is actually most common in convection ovens. The way convection ovens function is they come with an additional impeller fan that serves to circulate hot air around the oven tub. This leads to more even heating. However, with this additional fan means the additional potential for problems. Over time, a number of things can happen. The fan blade can get warped, which can lead to banging. The spindle of the fan can lead to squeaking or squealing if it gets too dirty, lacks lubrication, or just gets worn from use. The fan blade itself can make squeaks as it rotates.

In most cases, there isn’t anything wrong with the fan itself, it just needs to be cleaned or lubricated. As the fan circulates air, it also circulates small food particles and grease that can end up building up around the fan. Before shopping for replacement fan blades, spindles, or motors, it is best to just check it and make sure it is not just super dirty.

For ovens without a convection fan that still hear the same sounds and see the same symptoms, there can be another fan responsible. Not every oven has one, but the same convection fan noises can come from the cooling fan. This fan runs usually automatically at the end of oven use in order to quickly cool down the oven after use. This means you can hear the squeaking, screeching, and grinding of a fan, but will only hear it as you shut your oven off. Again, these problems can be true malfunction as well as just another case of ambient particle build-up.

This is an issue that can manifest after another oven repair. You took off a body panel in order to make a repair, then when you put it back on, it was loose. A screw isn’t as tight as it needs to be or the panel isn’t sitting flush. When using gas or electricity, the oven will have small vibrations that is just part of the process. However, that vibration causes the loose panel or screw to vibrate and rattle around.

If you have recently made a repair, all you need to do is tighten everything down in the area you were working in. However, if you haven’t made a repair recently then you will want to listen closely for the appropriate area. It is possible that a screw just came loose from the light motion on its own. However, the louder the rattle, the more likely it is that there is another problem, like a fan issue.

If you hear a rattling during the oven’s operation and have checked any applicable fans, screws, and body panels, the last thing to check is the door lock itself. This should be your first suspect if you specifically hear the rattling coming from the front door area of your oven. The door lock is a mechanism that latches to keep the oven door closed during high heat operation like the self-clean function or to keep kids out of there. However, the oven lock mechanism can come loose over time. Again, it falls prey to the slight vibration of an oven and just sort of rattles in its alcove. The looser it becomes, the more it will rattle around even if the lock isn’t engaged. You may also find it more difficult to close the oven door completely as the door lock rattles out of proper position.

Unfortunately, this isn’t really a part that can be tightened up like a loose screw usually. Instead, you will need to replace the whole lock mechanism with a new one. This should solve the rattling immediately.

While the hissing of gas being released and the boom that happens after it ignites are technically normal noises, when they get noticeably loud, they can be rather worrying. The hissing you will hear at the beginning and intermittently throughout the operation as the oven needs to get back to temperature. However, a boom that is loud enough you hear it across the kitchen should be addressed.

What that booming noise means is that gas didn’t ignite upon initially being released. Instead, it built up in the oven tub until it finally did catch. Usually, the boom is a sign of the gas igniters getting dirty. They are typically covered to give them some protection, but ambient food particles and grease can make their way down there. It restricts gas flow so the gas can’t properly ignite.

While it may be tempting to just clean these igniters yourself, you will probably want to call a professional. They can not only make sure that it is dirt and not malfunction causing the booming noise but if you clean the igniters yourself, you run the risk of using too much force and damaging them. This use of force can cause a small, but a dangerous gas leak. You will always want to leave cleaning any parts that use natural gas to a professional hand so they get cleaned safely.

If you are having oven noises that you can’t quite troubleshoot, contact us today to see what the professionals at Appliance Express can do to help you get it fixed up fast.