Worrying Refrigerator Noises and What They Mean 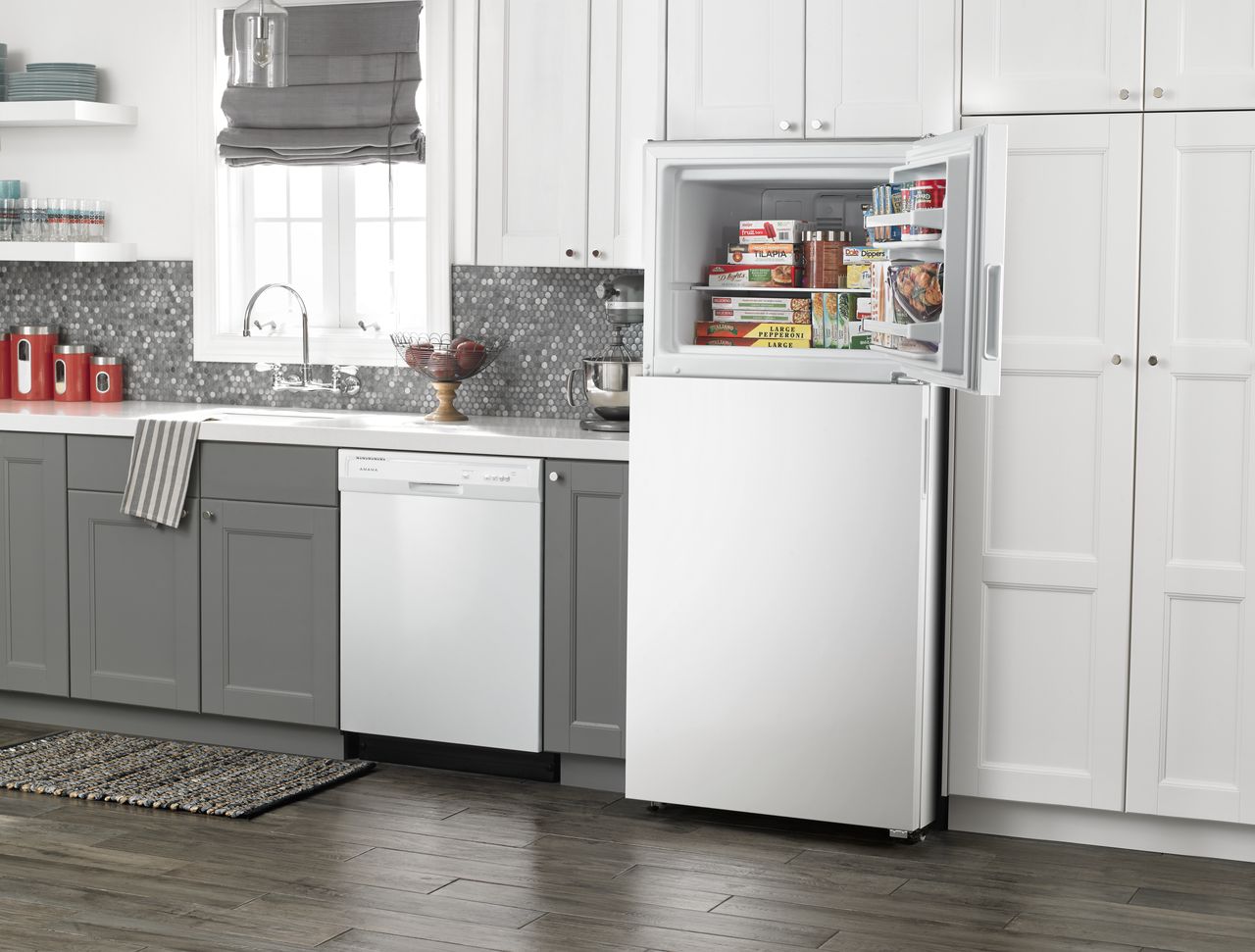 As a general appliance rule, any sound that it makes that is not normal is usually a bad sign. However, you may recognize that the noise is not a good thing, but that doesn’t mean you know what is causing it or what to do about it. We can help with that, though.

Your refrigerator is one of your more quiet appliances, but it can make a few worrying noises. If you hear any of the below, let us help you figure out if it is a problem and how to solve it.

In most cases, if you hear a click in your refrigerator, this is the water inlet valve opening to dispense water to the ice maker. However, you may panic if the clicking becomes repetitive in nature, but this is usually normal too. The rapid repetitive clicking is typical when the refrigerator starts cooling other compartments.

When you hear vibrating noises, it means something is rapidly moving. Commonly, you will find that the refrigerator is running, but something is touching the exterior and bouncing against it, causing this vibrating noise. Another cause of this sound is that the refrigerator is off-level and it is vibrating off its own legs. You can easily fix this by adjusting the front legs on your appliance to be level and stable.

If you hear rattling inside your refrigerator, it is obviously very jarring. However, in most cases, it is caused by the waterline, surprisingly. The water line can rattle around as water pumps through it to the ice maker or water dispenser. This sound means that the water line is no longer secured and is bumping around when used. It most commonly happens after you have done a refrigerator repair and accidentally dislodged the line and did not secure it before reassembly. It is not necessarily something to worry about, but bouncing around can damage the line eventually, which can cause a leak. It might not be your highest priority to fix, but it will need to be addressed eventually before it does get damaged.

There is quite a bit in your refrigerator-that can manifest dripping noises. Usually, it is nothing that you need to worry about, but you do need to know what to listen for to tell when it is a problem. Normal dripping noises come from the exterior of the refrigerator after the compressor has turned off or from the freezer compartment as water is put into the ice maker. What you should be worried about, however, is dripping inside the refrigerator compartment. This means that there may be a leak somewhere in the defrost system. Typically this system melts frost and whisks it away without much noise, but if it is dripping, then something has gone wrong.

Small pops heard from your refrigerator are very normal and nothing to be concerned about. Usually, it is standard expansion and contraction that produces the noise. However, if you hear one very loud pop, then there is an issue. What most likely happened is your refrigerator light bulb went out or exploded. If the bulb exploded, it could mean that you used the wrong wattage bulb, common if you just replaced it, or that the light socket has started to short circuit. If the bulb is not new, then you will want to replace your light socket since the issue is just going to happen again if you do not.

There is no regular operation in a refrigerator where squealing is a normal noise. The most likely culprit is the evaporator fan inside your refrigerator. If the fan is not spinning smoothly or has grown worn, then it can manifest a squeal or chirping noise as it spins. This needs to be addressed sooner rather than later as this fan is responsible for keeping your freezer cool. You will need to open up the back inner panel and inspect the fan for wear and tear. If the fan doesn’t move freely, then it definitely needs to be replaced. You may be tempted to lubricate, but most lubricants will impede function rather than aid it due to the cold temperature.

If you hear a clatter, it is just the ice dropping out of the mold. There is nothing to worry about. However, if it comes from somewhere else, you may want to check to see if something has fallen.

If you hear sizzling, that is the defrost kicking on and melting the built-up frost. However, usually, this is a silent affair. You will only hear sizzling usually when there is quite a bit built up. You may want to look into why so much frost has built up inside your freezer, but sometimes that answer could be as simple as the door was open longer than normal. It could, however, be an early indicator of upcoming defrost problems.

Noises From the Back Your Refrigerator

A lot of noises coming from inside this appliance, but you should very rarely hear anything from the back exterior. If you do, you will want to pull it out and inspect what is going on. Look for any leaking that may indicate a problem. However, usually, noise can manifest back here because the condenser coils are dirty. While you are back there, you mind as well clean them off anyway. They need to be regularly cleaned so that your refrigerator can run efficiently.

While many of these odd refrigerator noises are pretty easy to solve, some of them may be a bit beyond your wheelhouse. If your refrigerator or any other appliance is making these worrying noises, contact us. Appliance Express can help you get all your appliances fixed up quickly so they can get back to work.