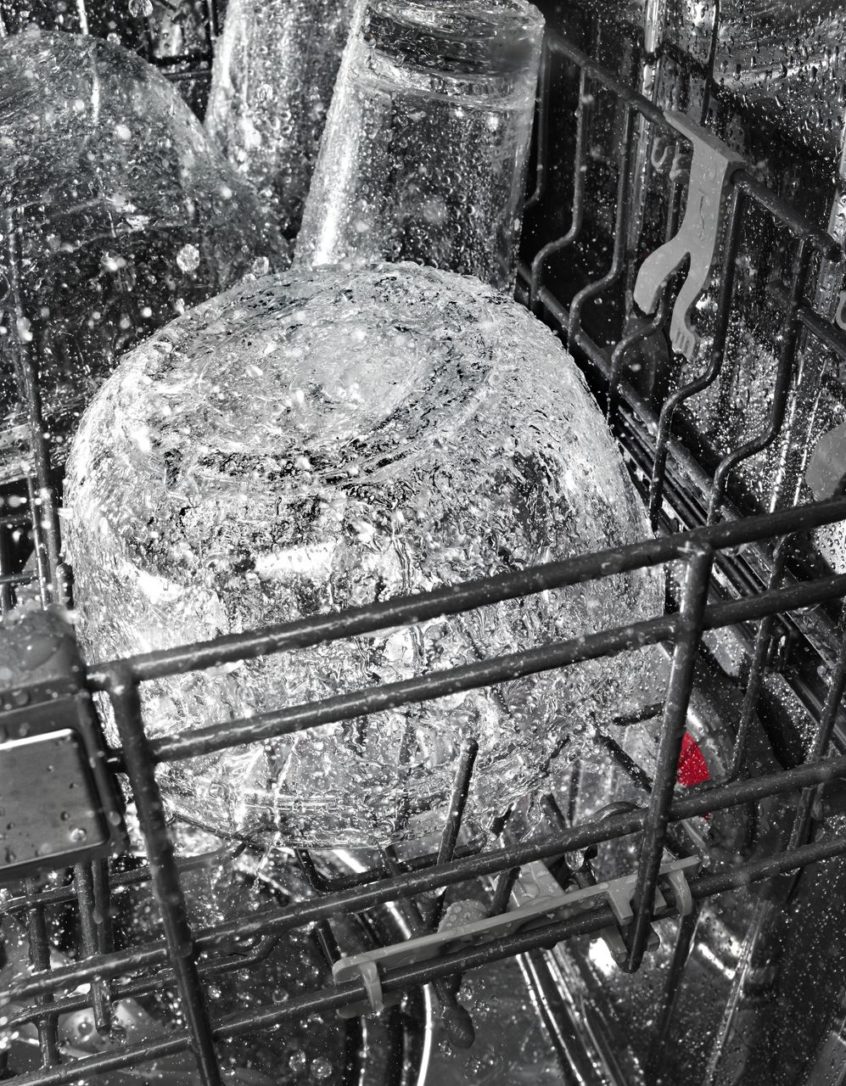 Have you noticed that your dishwasher has stopped way sooner than it was supposed to be? Unfortunately, it probably wasn’t because it finished ahead of schedule, but rather because it stopped right in the middle of a cycle. This can leave your dishes dirty or still covered in detergent residue. Whether you try to start the cycle again and get no response or find that the same mid-cycle premature end happens all over again, we can help you get to the bottom of it. So what is causing your dishwasher to stop prematurely before its job is actually done?

If your dishwasher stopped prematurely and is now not starting again, it could be as simple as a blown fuse in your fuse box. If your dishwasher has indicator lights on the front, check them for illumination which means there is power to the appliance. If they are not on and no power seems to be flowing to your appliance, you may want to check for a tripped breaker or a blown fuse.

Alternatively, you may also have had the thermal fuse inside your dishwasher blown. Many of your other appliances come installed with a thermal fuse as a safety measure. In your dishwasher, the thermal fuse protects the motor and other working parts of the appliance from extreme heat. When detected, the fuse trips and cuts the power to stop it from getting too hot. Once this happens, as a part with only a one time use, it will need to be replaced. However, if you discover that it is the thermal fuse, replacing it will not do you much good. The only thing that will happen is that it will likely be tripped again. Unlike blowing a fuse in your fuse box, tripping a thermal fuse doesn’t happen randomly. There will always be another cause that needs investigating to stop your dishwasher from blowing another thermal fuse.

The control board is, as you would expect, the brain of your appliance. While it is designed to last pretty much the lifespan of your dishwasher, things can go wrong and electronic control board can go faulty. When this happens, it can manifest so many different symptoms, and one of them can be cutting the cycle short in the middle. However, if it is the control board that is responsible for shutting off a dishwasher in the middle of a cycle, you will likely notice other problems that manifest as well since it controls almost every aspect.

In order to run at all, your dishwasher needs water and adequate water pressure. You should check to see if your home still has water by turning on a faucet briefly. If the water has been shut off due to an outage, then this can cause the dishwasher to stop in the middle of its cycle as it does not have the water it requires to proceed.

However, while your home can lose water connection, it isn’t something that happens all the time. Far more likely is that the dishwasher stops mid-cycle because there is an issue with the pump or the motor. If the motor fails to produce enough water pressure due to malfunction, it may shut off. When a pump or motor failure happens, you will likely notice some louder than normal noise and even some leaking. Shutting off in the middle of the cycle is just one possible symptom, but it is more likely that the dishwasher will just fail to start altogether.

There is always the chance that your dishwasher did technically complete the wash cycle, but if you discover that it finished faster than anticipated, it could be that the dishwasher is skipping the drying cycle. This can easily be ascertained since when you open your dishwasher, your dishes will still be quite wet. If you did have a dry cycle activated, you will want to investigated the fan assembly. If the fan no longer functions, the dishwasher can’t ferry out the hot, moist air left after a wash cycle. As such, your dishes will remain wet and it will skip the dry cycle completely.

Alternatively, if you discover that your dishwasher is only cutting off the dry cycle, but the fan is still working, then there are other parts that can go out. One other suspect could be the high-limit thermostat. This is responsible for turning off the heating element so that the dishwasher does not get too hot. However, if it malfunctions, it can turn the heating element off prematurely. This can result in colder temperatures not only during the dry cycle but during the entire wash cycle. If you open the dishwasher during what should be the dry cycle and find things quite cold inside, you will want to test this with a multimeter. Furthermore, you may note that your dishes are not quite clean if it has shut off the heating element during other periods of the wash cycle in the dishwasher.

Troubleshooting dishwasher or any appliance problems can be tougher than actually fixing those problems. If you have come across an appliance problem that really stumps you or discovered that the DIY fix is a little more complex than you are comfortable taking on, contact us today. The professional appliance repair technicians at Appliance Express can help make sure your broken appliances get fixed up quickly.